A Lawrence native, Father Louis C. Dufour was born on Dec. 2, 1930, one of the six children of the late Chanel and Bernadette (Hemond) Dufour. Raised in a strong French Canadian family who were members of St. Ann (French) Church in Lawrence, he attended the parish elementary school and was an alumnus of Central Catholic High School, Lawrence from which he was graduate in 1948.

END_OF_DOCUMENT_TOKEN_TO_BE_REPLACED

Father Robert H. Blute, who for more than a quarter century was pastor of St. Adelaide parish in Peabody died on March 18, 2020, at Marian Manor in South Boston. Born July 7, 1929, he was the only son of the late Harry and Mary (Sheehan) Blue, his younger sister Barbara Jost precede him in death. The family had roots in Boston beginning in Roxbury and then moving to West Roxbury, where young Robert attended local public schools and was graduated from Roslindale High School. At the time of his retirement, he recalled that attending Boston Public Schools in his time was almost like going to a Catholic School; more than half the students sometimes much more than that and probably 75 percent of the teachers were Catholic and proud of it.

END_OF_DOCUMENT_TOKEN_TO_BE_REPLACED

Gomez: 'Where is God in this pandemic? Where there is love, there is God'

LOS ANGELES (CNS) -- Here is a column titled "Love in a time without hugs" by Los Angeles Archbishop Jose H. Gomez published online March 24 in Angelus, the media arm of the Archdiocese of Los Angeles. The archbishop, who is the president of the U.S. Conference of Catholic Bishops, writes a weekly column in Angelus, called "New World of Faith."

END_OF_DOCUMENT_TOKEN_TO_BE_REPLACED

OXFORD, England (CNS) -- Catholic dioceses and religious orders across Europe are offering to turn church facilities into spaces needed for health care or housing during the COVID-19 pandemic. Church leaders throughout Europe have been struggling to maintain Catholic religious devotions during enforced national lockdowns against the coronavirus, but have also sought ways, in addition to regular aid from Caritas and other Catholic organizations, of making resources available for health and social services.

END_OF_DOCUMENT_TOKEN_TO_BE_REPLACED

Distraught, determined Little Sisters of the Poor cope with coronavirus

WILMINGTON, Del. (CNS) -- Mother Margaret Regina Halloran was doing her best to fight back tears in the early morning of March 27, but she wasn't really winning the struggle. The local superior of the Jeanne Jugan Residence in Newark, Delaware, run by the Little Sisters of the Poor had the most difficult time the day before when a longtime resident died after testing positive for the coronavirus. The 86-year-old man with Philadelphia roots was a popular resident who delighted many over the years by dancing a version of the "Mummers Strut" -- a Philadelphia New Year's Day parade tradition.

END_OF_DOCUMENT_TOKEN_TO_BE_REPLACED

COVID-19 is not God's judgment, but a call to live differently, pope says

VATICAN CITY (CNS) -- The worldwide coronavirus pandemic is not God's judgment on humanity, but God's call on people to judge what is most important to them and resolve to act accordingly from now on, Pope Francis said.

END_OF_DOCUMENT_TOKEN_TO_BE_REPLACED 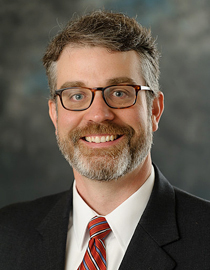 Worry cannot be turned to joy by a kind word alone

END_OF_DOCUMENT_TOKEN_TO_BE_REPLACED
Sign Up Now
Get the Catholic Perspective in your inbox