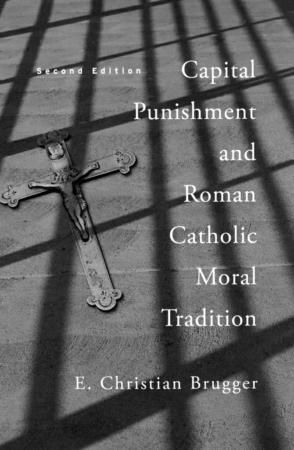 This is the cover of "Capital Punishment and Roman Catholic Moral Tradition: Second Edition" by E. Christian Brugger. The book is reviewed by Agostino Bono. (CNS)

Permitting capital punishment has always been problematic for the Catholic Church.

Historically, theologians and church officials have considered it a limited exception to the Fifth Commandment against killing. It has been judged as something states need in certain circumstances to punish people committing heinous crimes, to deter others from such crimes and to protect the citizenry.

Church debate has focused on the criteria that morally allow civil authorities to use capital punishment. For over 2,100 years the criteria have contracted and expanded, often depending on historical and political situations.

"Capital Punishment and Roman Catholic Moral Tradition" holds that St. John Paul II broke with this tradition. E. Christian Brugger argues that the late pope set the foundations for declaring capital punishment always morally and ethically wrong, even though the pope never stated this. Brugger's premise is that St. John Paul shifted the historical basis for granting the exception from retribution and punishment to self-defense and rehabilitation. This is a rupture with tradition rather than a development or evolution of church teaching, his argument continues.

Brugger, moral theology professor at the St. John Vianney Theological Seminary of the Denver Archdiocese, bases his stand primarily on two encyclicals by St. John Paul and on the Catechism of the Catholic Church. The two encyclicals are the 1993 "Veritatis Splendor" and the 1995 "Evangelium Vitae."

The strongest statement is in "Evangelium Vitae": "The nature and extent of the punishment must be carefully evaluated and decided upon, and ought not go to the extreme of executing the offender except in cases of absolute necessity: in other words, when it would not be possible otherwise to defend society. Today however, as a result of steady improvements in the organization of the penal system, such cases are very rare, if not practically nonexistent."

To get from this to the absolute immorality of capital punishment, Brugger takes readers through a series of mental gymnastics, involving jumping through various sized theological, moral and ethical hoops.

The weakness in Brugger's argument is that St. John Paul still regarded capital punishment as a possibility, meaning that if societal situations degenerate capital punishment may be morally justified on a wider basis than now. The author acknowledges that other scholars disagree with him, regarding these documents as a development of doctrine rather than a rupture.

The book's strong point is Brugger's scholarly exposition of capital punishment's history within Catholicism. He shows how early church fathers were leery of it while allowing the death penalty as an option for civil authorities responsible for maintaining public order.

In the early centuries, many theologians went so far as to say that even though civil authorities could morally use it, Catholics should not participate in carrying out the order. Some even argued that Communion should be denied to Catholics who did. At the time, Catholics were a tiny minority in the Roman Empire and few held public positions so this was not a major practical issue.

As Catholicism grew over the centuries, the political situation changed and so did the attitude of theologians.

In Europe, Catholics became a majority and many states even professed Catholicism as the state or favored religion. In the Middle Ages, theologians dropped the no-Communion stand and expanded the reasons for allowing the death penalty. St. Thomas Aquinas even argued that people who committed heinous crimes such as murder were reduced to bestiality and therefore lost the human dignity which could shield them from being deliberately killed by the state.

Brugger also shows how the trend in the modern age has reversed to a more restrictive morality for capital punishment. While his overall argument has its weakness, the book's facts make a good case that the Catholic Church may well be ready to advocate abolition of capital punishment, but as a practical measure, not as a moral absolute. 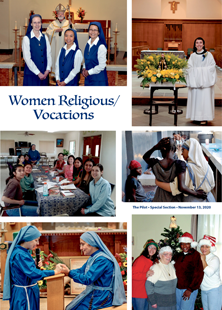