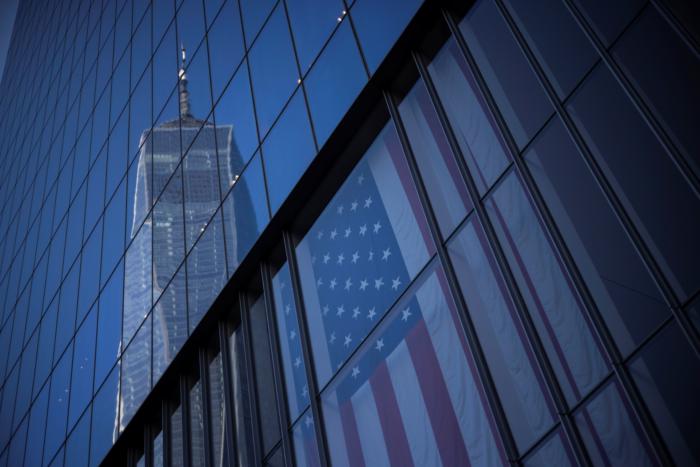 The One World Trade Center in New York City is reflected on a nearby building Sept. 10, 2021, ahead of the 20th anniversary of the September 11 attacks in Manhattan. (CNS photo/Carlos Barria, Reuters)

Below is a statement from Cardinal Sean P. O'Malley on the 20th anniversary of September 11th attacks. -- Editor.

Throughout the history of the United States, events have occurred that profoundly changed who we are as a country.

Breakthrough developments in medicine and science, and technology that allows for instantaneous communication, have provided us opportunities to improve our lives and be connected to one another in ways not previously possible. Sadly, war, socio-economic disparities, systemic racism and political divisions have made life more difficult for generations of Americans and deeply divided our society.

In the twenty years since the tragic day when America was attacked on September 11, 2001, we have witnessed great courage and bravery by our countless men and women who came to the aid and support of their brothers and sisters in the midst of crisis. First responders, many of whom ran towards danger never to return, exemplify the American spirit, and we honor them always. Flight crews facing unimaginable horror that day focused on caring for their passengers who turned to them for help in moments of fearful desperation. And the men and women of the military courageously stepped forward to defend our freedom. A shining tower of architectural beauty now calls us to the place where the World Trade Center towers once stood. The 9/11 Memorial honors the lives lost and helps us to heal from the trauma of that day while holding up America's resolve to never forget. Memorials have also been erected at the Pentagon and in Shanksville, Pennsylvania where, in those attacks, the extraordinary heroism of citizens and those who serve to protect us saved many lives.

In the years since September 11, 2001, we have also experienced two deep and long-term economic downturns, a global pandemic that has led to more than 600,000 Americans losing their lives. And we have seen far too many people fall into poverty through no fault of their own, continuing an inequity that has for too long unfairly burdened those whose goal is to realize the dream of a better life for their families. A lack of civility and a too-quick readiness to denigrate and assign blame to others, amplified through social media, is fracturing communities and making us less trusting of our neighbors. Our brothers and sisters within the interfaith community have experienced an unprecedented amount of hate; we stand in solidarity with men and women of all faiths to combat this evil.

Almost 3,000 people lost their lives on 9/11. Many have since died from the health impacts directly attributed to the collapse of the towers. Two wars have cost thousands of American lives and also the lives of our allies and citizens in Afghanistan and Iraq. Many men and women who answered the call to defend us suffered life-altering injuries. We are now called to support them as they return to our communities.

September 11th changed all of us and our society. We owe the families of those lost on 9/11 the honor of finding ways to overcome our differences and building communities of compassion and love that unites us. We should be motivated to take meaningful action by looking past our differences and embracing a culture of mutual respect and dialogue. The Church has a role in this and endeavors to be a beacon of hope for the distressed, friend to the forgotten and helping hand to the less fortunate.

Many of us remember where we were and what we were feeling on that tragic day twenty years ago. I was in Washington, D.C., for meetings at the United States Conference of Catholic Bishops. Shortly after the attacks, we canceled our meeting and made our way to the nearby Shrine of the Immaculate Conception for Mass on the campus of Catholic University, where a crowd had already gathered to pray. With the help of the University's president, who made his car available, I was able to return to New England with my fellow bishops to be with the people of the Diocese of Fall River where I was bishop.

All across the world, there was a strong sense of community and solidarity. Our need to share the profound sorrow of that time that brought people together in a profound way. The events of September 11th demonstrated the fragility of human life and also our resilience and recognition of our common bond of humanity.

Remembering the events of September 11th twenty years later, we pray for the victims, the families and the survivors who may still be traumatized and whose health has been compromised by the effects of the attacks.

We pray for peace in our world. We pray for wisdom to overcome our differences. We pray for a future free of terrorism and hate. We pray for the healing that comes from communities of love for another, mutual respect and caring. And we commit to never forget those whose lives were lost that day. 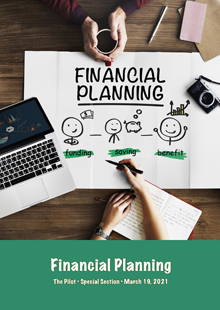