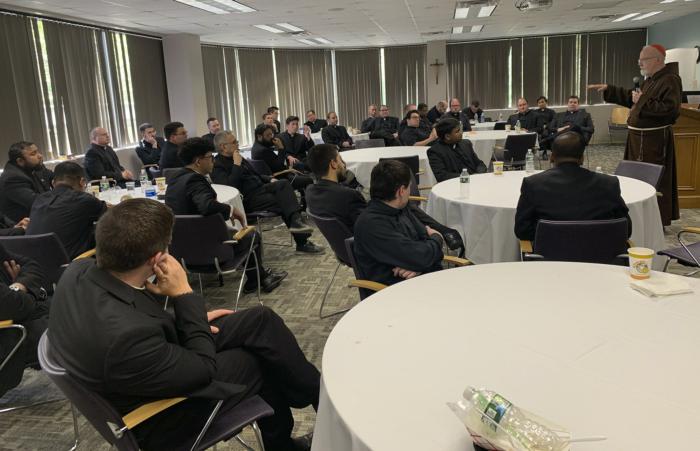 Cardinal O'Malley meets with priests of the archdiocese, who have been ordained in the last five years, at the Pastoral Center. For more than a year, they had been holding these gatherings online. Pilot photo/CardinalSeansBlog.org

Last Saturday morning, we were happy to celebrate the First Communions for our children from the Cathedral Parish. Msgr. O'Leary, of course, joined me for the celebration.

It is always a delight to see the youngsters proclaim the readings and petitions, and we are so grateful to the catechists who prepared these children during the pandemic.

It was a wonderful day, and I know the families were delighted to be able to celebrate their children's First Communions in the cathedral.

Later that morning, I participated in an Environmental Justice workshop organized by our Social Justice Ministry, marking the sixth anniversary of the Holy Father's Encyclical on the environment, "Laudato Si', on Care for Our Common Home."

I was happy to be a part of this conference highlighting a very important topic for our times.

On Saturday afternoon, I celebrated a special Mass sponsored by the Guild of St. Luke, the organization of Catholic physicians in the archdiocese, honoring those who served during the pandemic.

During the Mass, they gave special recognition to doctors, nurses, and others who have worked on the "front lines," caring for the sick during this very challenging time.

On Sunday, I went to St. Mary's in Holliston for a Mass to celebrate the 150th anniversary of the parish.

As is the case with many parishes from that time, the founding members of the parish were mainly Irish immigrants who came to this country because of the famine and persecution of Catholics in Ireland. They were led to Holliston because there was work available to help build the railway line between Boston and Worcester that went through the town. Once the railway was complete, many of them settled there and later found work in the local shoe factories and other industries.

When the parish was founded, they actually began by celebrating Mass in the town hall. So, when the time came to construct the church building, they chose a spot just across the street.

It was a beautiful celebration to mark the 150th anniversary of the founding of their parish, and I was pleased to be able to be a part of it.

Confirmations for the Brazilian community

From there, I went to the Don Orione Fathers' Madonna Queen Shrine in East Boston to celebrate Confirmations for the Brazilian community there. Traditionally, we hold one large Confirmation Mass for all the members of the Brazilian community in the archdiocese together. But this year, because of the pandemic, we are holding several smaller celebrations. At this Mass, we had about 40 young people who received their Confirmation.

The Don Orione Fathers have a wonderful ministry to the Brazilian and Spanish-speaking communities at the shrine, and we are so grateful for all they do.

It turned out that the Mass was celebrated on the feast day of their founder, Don Luigi Orione. So, we took a picture with the statue of Don Orione that they have in the shrine.

Monday, we held one of our regular meetings of the priests who have been ordained in the last five years. For more than a year, we have been holding these gatherings online, but we were very happy to finally be able to gather in person once again at the Pastoral Center.

We had a lovely lunch followed by a time of conversation, and we ended with Midday Prayer and a Holy Hour in the Pastoral Center chapel. 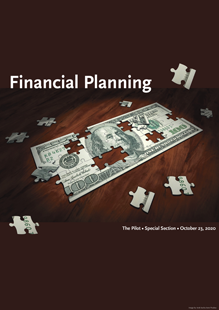