BOSTON -- Cardinal Seán P. O'Malley and Greek Orthodox Metropolitan Methodios of Boston are joining their voices to those expressing opposition to use of the Hagia Sophia in Istanbul, Turkey, as a mosque.

The two Boston prelates are co-chairs of the Joint Committee of Orthodox and Catholic Bishops, one of two ongoing dialogues between the U.S. Conference of Catholic Bishops and Orthodox leadership in the Assembly of Canonical Orthodox Bishops of the United States of America.

In 2007, the cardinal and metropolitan led a joint Catholic-Orthodox pilgrimage from Boston, which included a visit to the Hagia Sophia, the former Patriarchal Cathedral of Constantinople.

In their statement, released July 21, Cardinal O'Malley and Metropolitan Methodios expressed their "strong opposition" to the re-conversion of Hagia Sophia into a mosque and calling upon the president of Turkey to restore it to its previous state as a secular museum.

Turkish President Recep Tayyip Erdogan announced on July 10 that Hagia Sophia would become a mosque once again, following a decision by the Turkish Supreme Court that allowed the move.

"This action alters the status quo that has existed for the last 85 years and causes great pain to many throughout the world," Cardinal O'Malley and Metropolitan Methodios said in their statement.

They spoke about Hagia Sophia's history as well as its cultural and architectural importance. It was built as a cathedral in 537 during the reign of Emperor Justinian the Great. In 1453, the conquering Ottomans converted the building into a mosque. In 1935, Erdogan's predecessor Kemal Ataturk made the Hagia Sophia a secular museum. The statement pointed out that Hagia Sophia was "a preeminent place of Christian worship" for almost twice as long as it was a mosque.

The cardinal and the metropolitan joined their voices with "those of secular and religious leaders throughout the world, to express our profound disappointment at this most hurtful change in status."

"We call upon President Erdogan to reverse his recent decision on Hagia Sophia and restore it to its previous state as a museum. This return to the status quo will allow people of all faiths to draw inspiration from Hagia Sophia's rich history and serve to strengthen the relationship between Muslim and Christian communities, both in Turkey and throughout the world," their statement read.

Among the leaders expressing disapproval of the Turkish president's actions are Pope Francis, Ecumenical Patriarch Bartholomew of Constantinople and the head of the World Council of Churches.

While commemorating the International Day of the Sea during his Sunday Angelus address July 12, Pope Francis told pilgrims in St. Peter's Square that "the sea carries me a little farther away in my thoughts: to Istanbul."

"I think of Hagia Sophia, and I am very saddened," he said.

Criticizing the court ruling that allowed the use of the Hagia Sophia as a mosque, Ecumenical Patriarch Bartholomew of Constantinople said June 30 that the decision "will push millions of Christians around the world against Islam."

It is "absurd and harmful that Hagia Sophia, from a place that now allows the two peoples to meet us and admire its greatness, can again become a reason for contrast and confrontation," the patriarch said, according to Fides news agency.

Echoing the patriarch's words, Ioan Sauca, interim general secretary of the World Council of Churches, expressed his concern that the decision will "inevitably create uncertainties, suspicions and mistrust, undermining all our efforts to bring people of different faiths together at the table of dialogue and cooperation."

In a July 11 letter to Erdogan, Sauca urged the Turkish president to reverse his decision "in the interest of promoting mutual understanding, respect, dialogue, and cooperation and avoiding cultivating old animosities and divisions."

Reports by Catholic News Service contributed to this story. 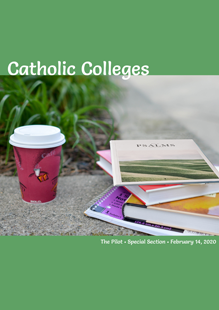