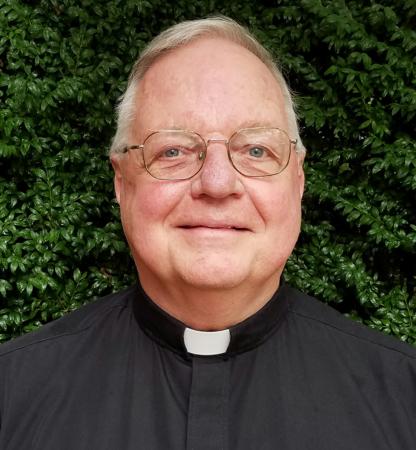 BRAINTREE -- On Oct. 25, a week after signing an official decree to create a new East Coast province of the Jesuits (UEA) in July 2020, Father General Arturo Sosa, SJ, has named Father Joseph M. O'Keefe, SJ, as its first provincial, effective July 31, 2020 -- the feast day of St. Ignatius Loyola, founder of the Jesuit order.

Father Sosa wrote in his appointment that Father Joe O'Keefe's "extensive apostolic experience and noteworthy personal gifts equip him well to unite the members of the new province in a single apostolic body at the service of the universal mission of the Society of Jesus."

In 2014, the New England and New York provinces unified to establish what is currently the USA Northeast Province. The creation of the USA East Province next year will unite the Maryland and Northeast provinces into one historic East Coast Province, the largest in the Jesuit Conference of Canada and the United States.

Father O'Keefe entered the Jesuits through the New England Province in 1976. He graduated from the College of the Holy Cross and went on to receive advanced degrees from Fordham University and the Weston School of Theology in Weston. He was ordained a priest in 1986. After completing an Ed.D. in education from Harvard University, Father O'Keefe became a member of the faculty at Fordham University and then at Boston College, where he also served as dean. He was a visiting professor at Georgetown University as well.

He currently serves as superior of the Ciszek Hall house of First Studies and the Spellman Hall Jesuit Community at Fordham University. Father O'Keefe was a delegate to the Jesuits' 36th General Congregation in Rome in 2016.

"Knowing Joe O'Keefe as a wise province consultor and a much beloved superior for our younger men in First Studies, I am delighted with his appointment as our first UEA provincial," said Father John Cecero, SJ, provincial for the USA Northeast Province. "He will bring a breadth of experience in secondary and higher education to a province that will sponsor so many schools and his extraordinary warmth and seasoned skills at fostering collaboration will no doubt advance the implementation of GC 36 across the communities and missions of our new province."

"I am humbled and gratified by the confidence that Father General has placed in me," said the newly appointed Father Joe O'Keefe, "and I am consoled by thea support and encouragement of Jesuits in the Maryland and Northeast Provinces. I look forward to working with my brother Jesuits and our lay colleagues as we build our new USA East Province. God has been so good to us in the past; God will lead us anew into a hopeful future."