BRAINTREE -- A delegation of 21 young adults, about half of them from the archdiocese of Boston, represented the American Association of the Order of Malta at the annual International Maltacamp, a weeklong camp experience for young adults with disabilities and their helpers.

The camp is organized by the International Order of Malta and takes place in a different country each year. This year the camp was held Aug. 3-10 at Ettal Abbey, a Benedictine monastery in the state of Bavaria in Germany.

According to the Maltacamp website, approximately 500 people between the ages of 18 and 35 from about 20 countries participate each year. About one-third of the participants have physical or mental disabilities, while the remaining participants are "helpers" or volunteers from the Order. The American Association of the Order of Malta pays for each guest's participation.

Christopher Carter Lee, a member of Holy Cross Cathedral Parish and Boston hospitaller for the Order of Malta, has led the U.S. team at the camp for the past four years.

"Fra' Andrew Bertie (Servant of God and recent past Grand Master of our Order) called the Malta camps 'the primary work of the Order's young people.' So, it is supposed to be an international purpose and place of formation for young members and volunteers of our Order," Lee said in an Aug. 16 message to the Pilot.

Luisa Majnoni d'Intignano, a member of the Order of Malta's New York City Auxiliary, is part of the U.S. delegation's leadership team and has been involved with the camp for four years. She said the camp is "not a typical camp held at a camp site in the middle of the woods."

"It is a camp that changes location every year and strives to immerse all participants into the beautiful culture, history, cuisine, nature, and unique personality of the host country," she told the Pilot in an email.

The camp incorporates many activities to explore the host country. In Germany, guests had opportunities to visit a castle, meet soccer players at Allianz Arena soccer stadium, test concept cars at the Bavarian Motor Works museum, and go on a walking tour of Munich. Other activities available included helicopter rides over the Alps, paragliding, indoor skydiving, a mountain tour, and whitewater rafting.

Camp staff organized many on-site activities and interactive demonstrations, including visits from Alpine rescue dogs and tours of the abbey's basilica and brewery. Each night there was a dance party with either a DJ or live performers. On the final night, they held their own Oktoberfest.

The camp schedule also designated time for prayer. A Mass is usually celebrated by the local bishop and the senior heads of the Order of Malta. There is a "silent night" for Eucharistic Adoration and a healing procession.

One night of the week is designated International Night, when the teams celebrate their heritage with their country's traditional food and dress. For the U.S. team, this theme has room for variation. For last year's camp in England, they dressed up like colonists from the American Revolution. This year, they chose a Hawaiian theme, serving fruit punch and giving out leis.

"The whole idea is to give our guests an unforgettable experience. It is certainly the highlight of a lot of their year, and it's the highlight of most of our helpers' year as well," Lee said.

That is true for Majnoni d'Intignano, who called the camp "the joy of my year."

"It's really just a week to have fun together. It's a lot more about comradery and friendship than it is about caregiving, even though that is a practical element of it," she told the Pilot.

She said one highlight for the U.S. team took place on the final day of the camp. She had brought her ukulele, and the team began an impromptu sing-along in the courtyard. The staff then invited them to sing onstage for everyone that night.

"You could hear people singing along and chanting along, and all of our guests had the biggest smiles on their faces," Majnoni d'Intignano said.

After performing, several guests told her they had always been afraid to sing in public and were able to get over that fear for at least one night.

"It's an environment where there's intentionally no judgment, no discouragement, the participation is affirmed," Lee said.

The friendships established through the camp continue throughout the rest of the year. Lee coordinates reunions with members of the U.S. team, and many guests attend the camp for multiple years.

"It's that sense of being loved that persists throughout the year, not just for the week of camp," Majnoni d'Intignano told the Pilot. 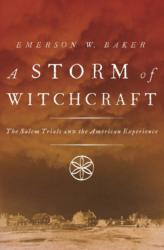