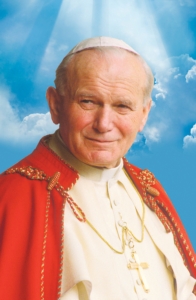 BRAINTREE -- Reflecting on the profound effect Pope John Paul II had on the Catholic Church and their own personal experiences of the late pope, several local Catholics, including Cardinal Seán P. O'Malley, are excited for his beatification.

"His ministry certainly has had a huge impact on the course of history and the world," Cardinal O'Malley said April 26 as he was preparing to depart for Rome.

Cardinal O'Malley is slated to attend the scheduled beatification Mass May 1 in St. Peter's Square. The Mass will be celebrated by Pope Benedict XVI and organizers say it may be attended by over 1 million people.

The cardinal has been in the pope's company numerous times in his priesthood. The first time Cardinal O'Malley met Pope John Paul was at a January 1979 conference in Mexico organized by the Latin American bishops' conference. At that time, Cardinal O'Malley was a priest ministering to the Hispanic community in Washington, D.C.

"He was always warm and gracious and just a very human person who enjoyed good humor, was interested in people and was energized particularly by the presence of young people," Cardinal O'Malley said.

The cardinal also noted the pope's commitment to building relationships with the Jewish faith, ending communism that plagued Eastern Europe and his native Poland during his lifetime, his dedication to the youth and promoting vocations, and teachings on marriage and family life.

"All of these were a great grace for the entire Catholic community," he said.

David Franks, a professor at St. John's Seminary, praised Pope John Paul's contribution to the intellectual life of the Church.

He particularly praised his Theology of the Body, laid out in a series of 129 talks the late pope gave from 1979 to 1984, focusing on the meaning of human sexuality and marriage in light of biblical revelation.

"The Theology of the Body is a theological treasure that we have only just begun to appreciate in America," Franks said.

"The battleground is human love," Franks continued. "In a hookup culture, we've gone very far away from what it means to love someone truly. Since the Gospel is about true love, I can't see witnessing to Jesus Christ without this theological contribution."

Franks partly credits the pope for influencing his own conversion to Catholicism.

"The very presence of John Paul in the world drew me, even when I was a Baptist in Arkansas," said Franks, who was received into full communion with the Church in 1998.

Andreas Widmer, a former member of the Swiss Guard who is today a Boston-based business consultant, praised the widespread impact the late pope could have on future generations, likening his influence to Christian thinkers such as St. Augustine and St. Thomas Aquinas.

"John Paul's insights into the Christian life are so profound that we will chew on this for the next 100 years," Widmer said.

Widmer served as a member of the Swiss Guard, providing protection to Pope John Paul from 1986 to 1988.

Though a "cradle Catholic," Widmer said he initially joined the Swiss Guard because of the allure of enlisting in an elite military organization, rather than for religious reasons.

However, he said the experience of being in the guard was "life changing."

"Through John Paul II, I made the faith my own," he said.

Widmer recalled a Christmas Eve encounter with the pope, when he was missing family and friends at home.

Seeing his distress, the Holy Father stopped to offer him words of consolation.

The pope "just reached out to me at a low time in my life, noticing the state of my soul being very sad and seeking," he said.

Widmer recalled another instance when the pope handed him a Rosary while he was guarding him during a monthly radio appearance.

"I thought a rosary -- that's something my grandmother prays," he said. "It's not something a 20-year-old prays."

However, Widmer began to pray with that rosary, and immediately felt at peace.

"It got me off the fence in that I had an experience of God through prayer," Widmer said. "I remember coming out of the prayer saying God really exists."

"If you know God exists, that changes everything," Widmer added.

From 1993 to 1997, Bostonian Ray Flynn was the United States' ambassador to the Vatican.

In that role, he travelled with the pope on numerous occasions and advised the pope on politics and current affairs in the American landscape.

"He always wanted to say the right thing," Flynn said.

Flynn noted the pope made two to three major trips per year. He said the pope made a particular point to visit what is now Bosnia-Herzegovina, which was embroiled in civil war at the time.

"In troubled times, he kept the Church together and he kept Catholics together," Flynn said.

Flynn, however, was first introduced to Pope John Paul II in 1969. Then-Cardinal Karol Wojtyla visited Boston, becoming the first Polish cardinal to do so.

During that visit, Flynn recalled a conversation he had where the late pontiff gave him a copy of an article he wrote while visiting the French industrial city of Marseilles.

"As a result of that, I more or less changed by whole outlook," said Flynn, who had originally dreamed of playing professional basketball. "I wanted to be an advocate for the poor and the voiceless."

Flynn also recalled the pope's 1979 visit to the United States, which began in Boston.

On a rainy Oct. 1, 1979, the pope celebrated Mass at Boston Common, which Flynn said drew the largest crowd that had ever gathered there.

Flynn, then a city councilor, and his wife were assisting the over 500 handicapped people remaining in front of the pope, despite the weather, with their wheelchairs embedded into the muddy ground.

"Wherever he went, the pope always wanted the handicapped in front of him," Flynn said.

"Not one of them wanted to leave the altar in the pouring rain," he added. 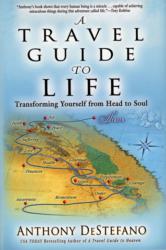 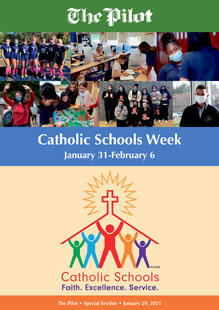