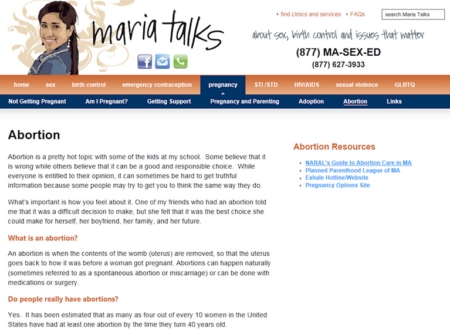 A bi-partisan coalition of state legislators, including Reps. Marc Lombardo (R-Billerica), Colleen Garry (D-Dracut), Betty Poirier (R-North Attleborough) and John Rogers (D-Norwood), announced they were sending a letter to Gov. Patrick asking his administration to take down the MariaTalks.com website.

The website was launched in 2008 by the AIDS Action Group, a Boston-based non-profit that is dedicated to stopping HIV/AIDS, and is funded by the state Department of Public Health. The site includes information on topics such as sexual practices, artificial contraception, teen pregnancy, STD prevention, rape and abortion.

Speaking with The Pilot April 26, Rep. Lombardo said the letter to Gov. Patrick has been finalized and supporters are in the process of gathering signatures. To date, he said it had 45 signatures and is expected to be delivered to the governor next week.

Lombardo said he hopes the state's grant to fund the site is not renewed. The new fiscal year begins July 1.

"It's shocking that taxpayer dollars are going to fund this website," Lombardo said.

He also objected to public funding of the site because he said it is not the role of the state to present these topics. Instead, they say, such discussions are the purview of parents and their children.

Much of the information on the site is presented in a question-and-answer form with answers provided by a fictional 18-year-old named Maria.

The website's critics charge that it contains graphic language that they say is inappropriate for children, minimizes the physical and emotional risks of abortion and gives strategies for minors to skirt the state's parental notification law.

The website describes abortion as "when the contents of the womb (uterus) are removed, so that the uterus goes back to how it was before a woman got pregnant."

Additionally, the site says abortions are "safe and effective, though some people may experience temporary discomfort." The site also says abortions done in earlier stages of pregnancy are less risky than later-term abortions.

Critics have also questioned the site for what they say gives minors ways to dodge the state's parental notification law, which permits a woman under 18 to have an abortion with permission from one parent or legal guardian or a judge. MariaTalks provides a phone number for the Planned Parenthood Counseling and Referral Hotline and says the organization will provide a minor with a free attorney who can speak with a judge on her behalf without parental consent.

"It tries to convince kids away from adoption into abortion," Rep. Colleen Garry said. "It doesn't deal at all with incest or victims of sexual abuse."

"If they were going to be comprehensive, they should help those who would be victims of inappropriate sexual relations," she added.

Massachusetts Citizens for Life (MCFL) has been leading the charge to defund the site, which gained regional and national attention after coverage of the issue appeared in the Boston Herald last week.

Not only did Fox call for removing the site, but she also pressed for public disclosure of how the decision was made to fund the site. In the letter she referred to the funding decision as a "serious violation of the public trust."

She also challenged the qualifications of the AIDS Action Committee to produce the site in the letter.

In an April 26 interview with The Pilot, Fox said, "The question is: Who decided they were an appropriate group to deal with these youngsters?"

Linda Thayer, MCFL's Vice President for Educational Affairs, criticized the website for its lack of information on pre-natal development, an absence of significant information on alternatives to abortion and overestimating the success rate of condoms.

Thayer, a former longtime Boston public school teacher, also offered alternatives to the site's approach, which she says would be more effective.

Kris Mineau, president of the Massachusetts Family Institute, said his group is encouraging the public to contact their legislators.

"Here's exhibit A of not only the waste of taxpayers' money, but the misuse of it," Mineau said.

The Massachusetts Catholic Conference is also supporting the legislators' cause.

"While discussions need to take place, this is not the type of discussions the state should be encouraging," Avila said.

Responding to requests for comment, the AIDS Action Committee referred The Pilot to their blog, which contains a statement posted by the organization on April 26.

The post says the site's information is "comprehensive, medically accurate and developmentally appropriate" and presented in a "non-judgmental, easily-accessible format." 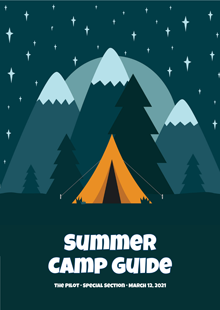