Drivers exiting the Callahan Tunnel in East Boston this month could view a billboard suggesting that in order to die with dignity one must do so on one's own terms.

Paid for by the Final Exit Network, the black sign with white letters reads, "Irreversible Illness? Unbearable suffering? Die With Dignity." It is part of a nation-wide campaign to legalize physician-assisted suicide.

"Obviously, they are targeting Massachusetts and New England states, trying to find some low hanging fruit to get some kind of suicide bill on the agenda," said Kristian Mineau, president of the Massachusetts Family Institute. "Hopefully the citizens of this state are wise enough to understand the horrific dangers of this."

Mineau said that such legislation would turn doctors into executioners.

The assisted suicide group's views and those of the Church could not be more diametrically opposed. The Catholic faith affirms the inherent value and dignity of all people, including those who are suffering and dying. Also, the Church teaches that God, the author of life, chooses our time of death.

"Dying well always involves dying in the time that God appoints, rather than in the time that we establish," Father Tadeusz Pacholczyk, director of education at the National Catholic Bioethics Center (NCBC) in Philadelphia, Penn., said.

The Final Exit Network is supporting a "right to kill" rather than a "right to die," he said.

"All of us will ourselves invariably die, with 100 percent certainty," he added. "Acknowledging the impending arrival of death, and seeking to pass from this life at home surrounded by loved ones can be a great grace."

Patients who are terminally ill and those who are suffering should be made as comfortable as possible. A patient may not refuse food and water as long as they provide benefit. They may need pain control and can receive "proper sacramental preparation" before their death, he said.

Father Pacholczyk made it clear that not all curative measures are necessary. In fact, sometimes they can interfere with patients accepting their imminent death.

"End of life planning must be patient-centered, seeking to assure that reasonable treatments options are available and utilized, while unreasonable or unduly burdensome treatment options are avoided," he said. "Patients should never be offered immoral choices, such as euthanasia or assisted suicide."

The NCBC has published "A Catholic Guide to End-of-Life Decisions" that provides guidelines for making end-of-life decisions in good conscience and outlines the redemptive nature of suffering.

"The Catholic, with a deep faith in Jesus Christ, may not be able to understand his suffering, but he knows he can offer it up as a powerful prayer," the guide says. "By virtue of our being made one with Christ in Baptism, we can join our suffering to that of Our Savior on the Cross at Calvary and thereby assist in His work of salvation for the entire world. The suffering of illness and dying brings the Catholic a grace-filled opportunity to offer prayer for oneself, for loved ones, and for the whole human race. Christ is with us during our illness and shares in our suffering as we share in His."

The Final Exit Network is a national, all-volunteer non-profit. Members call doctor prescribed death "the ultimate right of the 21st century." They use the term "self deliverance." Their website claims that competent adults with fatal, painful diseases should be able to end their lives when "their quality of life is personally unacceptable and the future holds only hopelessness and misery."

The network provides information, which they call an "exit guide," that instructs individuals on how to end their lives. Before distributing the guide, the organization requires that individuals be cognitively functional, physically able to perform the required tasks and approved by the network's medical director. They must also have an incurable condition, which "causes intolerable suffering." The group attests that its organizers do not provide supplies and are not present at the individual's time of death.

The network is the only organization in the United States that gives instructions to individuals who are not terminally ill. A patient is considered terminally ill when they have been told they have no more than six months to live.

Daniel Avila, associate director for policy and research for the Massachusetts Catholic Conference, the bishops' public policy arm, said there has been a "tremendous amount of resistance" from Vermont citizens worried about the impact the law would have on the elderly and those with disabilities.

"The concern is that once you make a particular class of persons eligible for death that you are in fact targeting that class as worthy of dying. Their lives have less value in the eyes of the state and the law," he said.

Such a law tips the balance against the safety, security and autonomy of the ill and disabled. In addition, medicine is not an exact science. Doctors make mistakes, and patients can receive the wrong prognosis, he said.

Avila went on to say that patients have the right to compassionate care and treatment that "does not presume that individuals are better off dead."

In the last years of his life, Pope John Paul II suffered from Parkinson's disease, which caused him to shake uncontrollably. He had difficulty speaking and walking. He was hospitalized in February and March of 2005. During the second stay he underwent a tracheotomy. In his final days, he suffered septic shock.

"How many people were touched by the dignity that he expressed? That example will continue to reverberate down the ages. People will recount the story of his approach to death and dying," he said. 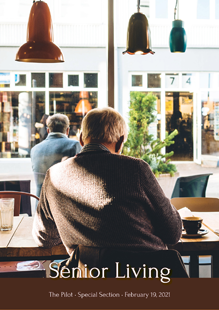